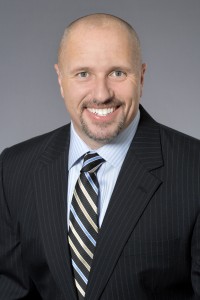 Dan is responsible for managing business operations, information technology and sales. Dan is also involved with setting the strategic direction of the company. He has spent more than 20 years providing telecommunications services and solutions for businesses throughout the Northeast and Mid-Atlantic regions.

In 1998, Dan contributed to the growth of Net2000’s New York City market, a Competitive Local Exchange Carrier (CLEC), where he held the positions of Senior Account Manager and Branch Sales Director. Dan achieved #1 status in the country for both positions. He was awarded multiple President’s Club honors at Net2000 for sales excellence.

In 2003, Dan became Vice President of Sales and a Minority Partner of NetGain Communications in Reston VA. During his time there, he served on the Advisory Board and was a significant contributor increasing the company’s revenue by 360% during his tenure.

Dan Co-founded P2 Communications Management, LLC in 2006 along with his brother, Carl. Dan’s driving force to starting P2CM was to be a true un-bias communications resource for business clients. In an industry that is ever changing, Dan felt it was imperative for clients to have an ally who has the experience and wherewithal to negotiate the most favorable pricing and terms from the Carriers on behalf of his clients.

Dan attended Methodist University in Fayetteville, NC with a major in physical education and a minor in sports management. Dan lives in Northern Virginia with his wife and three boys and enjoys spending time with his family.